Motor Mouth: These numbers decide whether hydrogen or electric cars win out

The mobility industry is in the midst of the biggest paradigm shift since Karl Benz built his first Patent-Motorwagen in 1885. Driving into the Future’s recent “Is hydrogen the fuel of the future?” roundtable provides an in-depth analysis of that future by investigating the promise — and challenges — of a future hydrogen economy. Anyone at all interested in the zero-emissions mobility space will be thrilled to glean the insights of Andrew Lund, Toyota’s chief engineer of zero-emissions vehicles for Toyota North America; John Komar, Executive Director of Ontario Tech University, Automotive Centre of Excellence (ACE); Mark Kirby, President and CEO, the Canadian Hydrogen and Fuel Cell Association; and Colin Armstrong, president and CEO of HTEC Hydrogen and Energy Corp.

Forgive the seemingly abrupt plunge into cold, rigorous analysis, but here, in very simple(-istic) terms, are the two numbers that explain why the transportation industry’s interest in hydrogen is once again bubbling. A modern car battery can store 250 watt-hours of energy for every kilogram of lithium-ion. A kilogram of hydrogen, meanwhile, has 33,200 of those watt-hour things per kilo. No, that’s not a mistake. Yes, hydrogen is more than 100 times as energy-dense as a li-ion battery.

We apologize, but this video has failed to load. Try refreshing your browser, ortap here to see other videos from our team.

To be fair, energy densities of 300 watt-hours per kilogram are being tossed around for the next generation of electric vehicle batteries, and the solid-state batteries expected by 2025 may boast as much 450 watt-hours per kilogram. Nonetheless, if we stick to those theoretical numbers, that means while a Tesla Models S’ 100-kWh battery weighs somewhere in the order of 400 kilograms, were all things equal — and they most certainly are not — the same amount of energy could be had with but three kilograms of hydrogen.

As arcane as something like energy density may seem, those two numbers are why the future of long-haul trucking is almost certainly hydrogen-fueled. Battery power may indeed prove feasible for local delivery and short-haul, point-to-point haulage (with battery chargers at both warehouses) but coast-to-coast big rigs will be fuel-cell-powered. According to Brian Lindgren, research and development director at Kenworth, the economics are simple: A semi with a battery big enough to power a fully-loaded big rig for 300 to 350 miles (480 to 560 km) — diesel-powered long-haul trucks typically double or triple that number — will probably have to sacrifice about one-third of its payload to the batteries. But, because of hydrogen’s high energy density, fuel-cell-powered semis should have a payload similar to current diesel rigs. 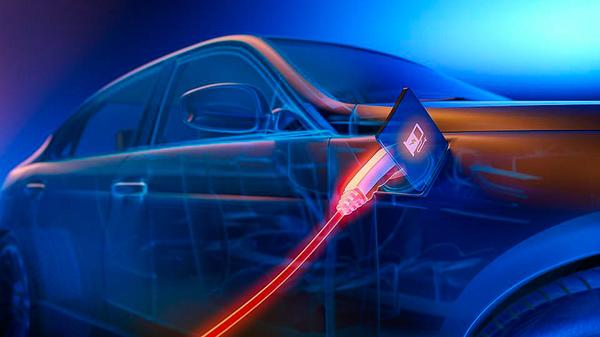 More On This Topic

Now, here’s the opposite side of the coin, two more numbers, again in very simple(-istic) terms, that are the reason Elon Musk calls FCEVs “fool’s cells.” Battery-powered electric vehicles are phenomenally efficient. Depending on the model, they can boast a well-to-wheel efficiency of around 70 to 80 per cent. By comparison, a hydrogen fuel cell-powered electric vehicle (FCEV) is positively parsimonious, with an overall efficiency of somewhere around 30 to 35 per cent.

The difference is in how the two process electricity. If, for instance, you want an FCEV to be as emissions-free as a battery-powered car, you need to electrolyze the water — splitting H2O into, well, H2 and O — with clean wind, solar, or nuclear power. This electrolysis is not nearly as efficient as simply charging a battery. Similarly, in the fuel cell itself, the H2 and O must be recombined to generate electricity (and the water which is then spewed out the tailpipe). This process, again, is not nearly as efficient as a battery dumping its electrons. One can argue the percentages quoted here if you’d like, but the fact remains that converting electricity to hydrogen only to then convert it back is never going to be as efficient as directly feeding a battery.

Hydrogen’s saving grace is its refueling time. According to Lindgren, current charging stations would require as much as six hours to recharge a battery-powered semis. Even the most powerful rechargers envisioned for the future will need at least an hour or two to revitalize the ginormous batteries required for 800 or more kilometres of range. On the other hand, Toyota, which is working with Kenworth, already has hydrogen-powered semis that can be completely refueled in 15 minutes and expects that time to be reduced to 10 minutes in the next few years. Time, as they say, is money, and the FCEV’s reduced downtime is a major game-changer for zero-emission long-haul trucking.

If, of course, there’s an infrastructure to support the necessary refueling. Currently, hydrogen refueling stations are far and few between. According to the Canadian Hydrogen and Fuel Cell Association, there’s but one in the Greater Toronto Area. Ditto for the entire province of Quebec. However, after many fits and starts, the pace of development seems to be rapidly increasing. Geazone, a British Columbia courier company, recently ordered 40 Toyota Mirais because they are well served by four strategically-located hydrogen refueling stations — three in the Vancouver area and another in Victoria — from HTEC Hydrogen and Energy Corp. According to the CHFCA, three more are under construction, while the British Columbia government has committed $10 million to build more still. Meanwhile, there are now some 47 hydrogen refueling stations in California and, according to the California Fuel Cell Partnership, another 127 in various stages of development. And, in Europe, Bosch recently committed one billion euros to develop infrastructure for hydrogen-fueled vehicles, all part of a green hydrogen economy the company estimates will be worth 40 billion euros by 2030. A hydrogen refueling infrastructure is coming; it’s just a matter of how soon.

SIGN UP HERE FOR OUR FREE VIRTUAL PANEL SERIES

Crucial to hydrogen’s future success, however, will be how clean its production will be and, perhaps more importantly, how much it will cost to be clean. Most hydrogen is currently removed from fossils fuels, which creates a significant amount of greenhouse gas. The fuel cell, then, much like battery-powered cars relying on coal-fired electricity, simply moves the GHG gas production downstream. Electrolysis is the most common method of producing clean “green” hydrogen, but it is, as mentioned previously, energy-consuming and expensive. More innovative methods are being pursued, Oshawa’s own Ontario Tech University, for instance, experimenting with something called the Copper-Chlorine Cycle, which uses heat from nuclear, solar, and even industrial plants in a thermochemical water-splitting process to create the lighter-than-air gas. Since the process uses waste heat, there’s some hope that it can reduce the electricity required in the water-splitting process, and therefore the cost.

Which, inevitably, is the final frontier. HTEC currently retails its “green” hydrogen for $12.50 a kilogram at its pumps in British Columbia, too expensive for widespread adoption. But the company does project a not-so-distant future where fuel-cell vehicles can compete with current internal-combustion vehicles on a cost-per-mile basis.

So which of the two — batteries or hydrogen — is the alternative ‘fuel’ of the future? Well, unfortunately, for those looking for a definitive response, the answer is both. Battery-powered vehicles are certain to retain their advantage for the next few years while fuel cells struggle for the economies of scale and infrastructure that will open FCEVs to a wider market. Eventually, however, the adoption of hydrogen as a key part of our zero-emission future is inevitable. Besides long-haul trucking, marine shipping and long-haul commercial aircraft are much better suited to hydrogen power. Closer to home, taxi fleets and final-mile courier companies will likely find hydrogen more cost-effective. The production and distribution network needed to feed those industries is inevitable; it’s just a matter of when those economies of scale filter down to the automotive industry.

As for whether you might someday benefit from a fuel-cell-powered car, it will probably come down to a simple question of lifestyle and driving habits. Are you mostly a city-dweller with occasional forays to a country cottage within the range of a single battery charge? Can your garage or parking space accommodate a Level 2 charger? Then the convenience and low cost of home charging makes a BEV tough to beat.

On the other hand, not everyone — many apartment-dwellers, those using street parking, etc. — has easy access to a Level 1 or 2 charger and if you want a zero-emission vehicle, you’ll need an alternative to a plug-in. And if you’re a real road warrior, the time-distance equation more important than efficiency, then an FCEV is almost certainly the better alternative.

I suspect, however, that sometime in the not-so-distant future, the typical Canadian two-car garage will probably have one of each.

Sign up to receive Driving.ca's Blind-Spot Monitor newsletter on Wednesdays and Saturdays

A welcome email is on its way. If you don't see it, please check your junk folder.

The next issue of Driving.ca's Blind-Spot Monitor will soon be in your inbox.

We encountered an issue signing you up. Please try again

Postmedia is committed to maintaining a lively but civil forum for discussion and encourage all readers to share their views on our articles. Comments may take up to an hour for moderation before appearing on the site. We ask you to keep your comments relevant and respectful. We have enabled email notifications—you will now receive an email if you receive a reply to your comment, there is an update to a comment thread you follow or if a user you follow comments. Visit our Community Guidelines for more information and details on how to adjust your email settings.