The promise has been made, and Intel intends to fulfil it.

Intel confirmed it will launch its first discrete graphics cards in the first quarter, and this is indeed happening. The first wave of discrete GPUs will be for laptops, Intel officially confirmed today.

Intel has set up a dedicated website for its new Arc event teasing “a new stage of the game”. The company promises to provide a first look at its discrete graphics cards for laptops. Unfortunately, there is no word on desktop GPUs.

A New Stage of the GameJoin us on March 30th at 8 A.M. pacific time to see Intel® Arc™ graphics take center stage and get a first look at our new discrete graphics for laptops. 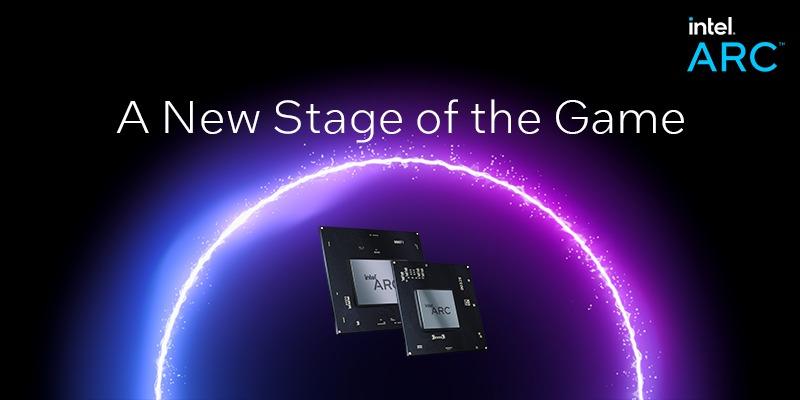 Intel is more than likely to launch DG2-128EU based GPUs first, such as A350M and A370M. Those are coming to the ultra-thin designs such as Acer Swift X equipped with Intel Alder Lake-P series.

Update: Lisa Pearce confirmed that the first GPU to launch is Arc A370M delivering up to 2x better performance than integrated graphics:

What performance can we expect from the first product to make it to market, the Intel Arc A370M?

The first Intel Arc discrete graphics products to enter the mobile market will enable up to a 2X improvement in graphics performance vs. integrated graphics alone while maintaining similar form factors.

Intel Arc Alchemist is the first generation of Xe-HPG gaming GPUs from Intel. The company promised to introduce both mobile and desktop GPUs this year. Intel also confirmed it has plans for at least 3 generations ahead, providing even more performance each time as the company establishes its position on the dGPU market.

The desktop Arc GPUs should be expected by the end of the second quarter. The company explained that the mobile Arc series were prioritized in order to bring all important technologies together (CPU, graphics, media, display, I/O, etc.). This should provide a good groundwork for desktop series later.