How to Fix Backlight on TV?

Have you ever had a problem with the TV where the screen does not display any picture even when it’s turned on? In such cases, the problem might indicate damage to the backlight of the TV.

As the name suggests, “backlights” are the light sources to our TV screen; no light source results in no viewable picture on the screen.

Backlight damage is most likely caused due to problems in two essential components that make up the backlight: the Backlight Driver Board/Powerboard or the actual Backlight strips.

Do not worry; it is easier to fix than it looks. We will tackle each issue in an orderly fashion so that you can fix your TV without spending a lot of money.

The backlights damage is caused due to the following possible reasons.

How to Fix Backlight on TV?

The Backlight issue only occurs in LED TVs as QLED and OLED TVs do not have backlights. LCD TVs used backlights made up of fluorescent bulbs, but their production has now been stopped as the technology is outdated. 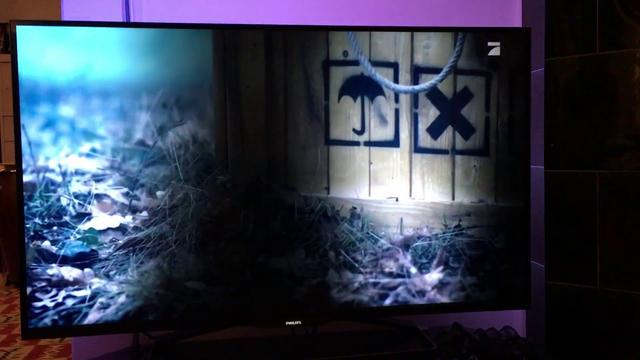 Things to Consider Before Testing & Repair

Once the above considerations are factored in, open up the back cover of the device and start the testing & repair process.

Most TVs feature the led driver on the powerboard itself, but some have a separate led driver board. Find the exact connection point where the backlight cable connects to the board.

Things to Consider Regarding the Testing Area

If the voltage reading is above 100-120 volts, Zero or close to Zero, follow the recommended action stated in the scenarios listed below:

Follow the steps below if the backlight strip needs to be replaced. You do not need to open up the TV if the power supply board needs replacement.

If the Backlight strips require replacement, read through the considerations below and then proceed to replace them.

Things to Consider Before Backlight Replacement

Once the backlight strips have been replaced, we will need to reattach everything. Consider the following points while reassembling the TV.

Fixing backlights is possible with a DIY approach, but it does require basic knowledge of how current, wires, and multimeters work. If you have doubts, we do not recommend tampering with the TV. Backlight fixes are traditionally a job for professionals.